Since the birth of social media bodybuilding has never been the same. The old school black and white aesthetics bodybuilder posters have been replaced with photo shopped “mass monsters”. Body building is an art, you lift weights to add mass and diet to chisel in the details. Bodybuilding has always been a slow process with the importance of executing a long term plan in order to progress. With the rise of social media false expectations in natural bodybuilding and the line of what is obtainable naturally has been blurred.

One of the problems with bodybuilding in the professionally division is the abuse of drugs in order to gain mass fast. In other words a lot of athletes are overdosing on drugs in order to speed up the process, as a consequence the side effects of the drugs become a lot more enhanced and visible. A few of these side effects include palumboism, accelerated hair loss and an increased risk of heart attacks and kidney failures. All of these side effects become a bigger problem with a lot more users abusing drugs in order to progress faster as a result of the impact of social media. Social media has created a “perfect physique” among pro bodybuilders who use drugs, unfortunately this level of physique features extremes amount of mass that is even unattainable for most drug users as they lack the genetics that these perfect physiques have. This leads to these individuals trying to compensate for their lack in genetics by abusing drugs and leading to enhanced side effects, with palumboism being the biggest problem. Palumboism is the gut(internal organs) expanding resulting in a pregnant stomach look as a result of drug abuse. This is a result of social media creating a clear perfect physique that is unattainable by most individuals despite the drug use, as a result of the abuse of drugs leading to an unwanted physique featuring palumboism.

On the other side of the coin of body building, power lifting has also been effected by social media in a negative way. With power lifting being a game of who can post the highest total among 3 different lifts. Individuals have used social media to post unrealistic numbers by using fake weights. This has lead to an unrealistic expectations on what is accomplishable in the world of strength. This results in the viewers setting unrealistic goals or even getting discourage from lifting in generally due to the large gap between them and their role models. Since bodybuilding and strength take a long time with a lot of consistency and long term dedication to progress, it is very easy to get discourage by those taking short cuts in bodybuilding and power lifting. Social media acts like an amplifier in this case spreading these false expectations to thousands of individuals.

With the increasing amount of technology users and the ever so improving software, photo-shop is becoming more accessible as the years roll on and becoming more easier to use. In the sport of bodybuilding where everything is subjective and a visually representation, photoshop is used to enhance the physiques of many athletes in order to improve the overall appearance and increase the positive response they get from fans. This has contributed to the false expectation that social media has created in bodybuilding. Where a lot of unknown or not very developed body builders feeling the need to use photoshop to enhance there appearance in order to gain fame. In the process of using photoshop they set unrealistic physiques are not obtainable for must individuals, this discourages a lot of people from bodybuilding and does not help the sport grow and expand.

This comes to the idea of fake natty’s who are enhanced bodybuilders but claim to be a natural. Due to the huge advantage that enhanced bodybuilders have over natural lifters these fake natty’s set a false expectation of what is accomplished naturally. With social media usage increasing and reaching out to more people, it spreads a false image of naturally bodybuilding as a result of social media.

Are there any pros? 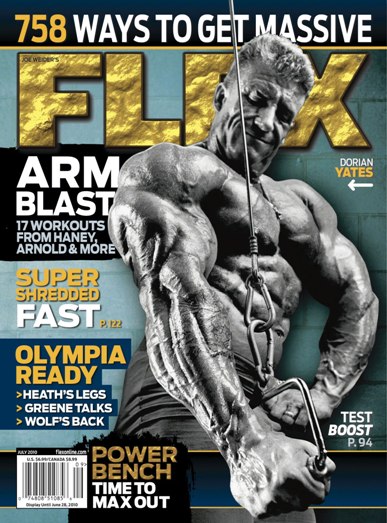 PATRICK HUGUENIN. (2017). Dihydrotestosterone (DHT) Can Cause Baldness, But What Is It?. Available: https://www.menshealth.com/style/dihydrotestosterone-dht-balding-facts-men. Last accessed 6/11/17.