13 years ago, on February 4th, 2004, A Harvard educated student, Mark Zuckerberg, launched the social networking site – “Facebook”. Now,  with over 175 people logging into the network each day out of the 2.07 billion Facebook users. An average of 510,000 comments are made, every minute, along with 5 new people creating an account every second. Social media has revolutionised the way our society thinks, Facebook in particular, allows easy access for anyone to transmit their ideas. The danger of an online population that consist of influencing, and misleading media, is that people actually believe the things they see, without questioning the where about’s of the evidence that has been collected and used to build their statement. A closer look on the main ideas of fear of missing out, more commonly known as ’FOMO’, Social media links with social discourse, and the overall negative impacts social media has placed on young teenagers well-being, will be explored throughout this blog. 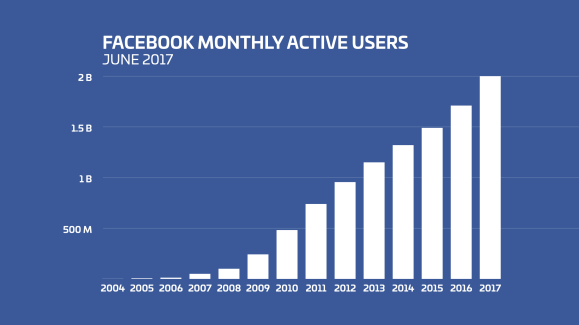 Today, Social media has become a society norm we use in our everyday lives, allowing us to connect with individuals through any device, generally a mobile phone or computer. Social discourse implies a broad form of communication, where lots of people can interact and input their ideas without having to discuss in a face-to-face environment. Through Social discourse, the way we see our world is constructed by the users of Social media. The concept of having the ability to communicate with someone that lives on the other side of the world is phenomenal, however, taking into account the negatives, it is really quite a frightening and dangerous aspect in which we see ourselves accepting into our society. Regardless of whether we are thinking about it or not, there is a stigma in our society which has power over either a woman or a man, specifically in games and media such as Facebook or Instagram.

Damsel-in-distress is a prime example of dominance, between culture and western society in gaming animations. The trope objectifies and disempowers female characters, reinforcing traditional patriarchy and sexism. At this present time of a continually shifting generation, children’s upbringings are the future shapers of our generation. The world is clearly a more dangerous place than it was before social media began to shape our society’s ways. Facebook is an unregulated space where a sense of power could be put into the wrong hands, making; trolling, misogyny, sexism, and racism become easier to share their opinions. Videos are shared everyday, spreading like a disease, continually reconstructing one’s disciplinary perceptions.

Is Social Media Affecting our Mental Health and Well-being?

It’s the twenty first century now and with Facebook being the biggest social media impact on peoples individual health and well-being, it has started to be seen as an economic entity controlled by robots as specific groups are now influenced by the things they search on google, so there is no coincident associated in pop-up advertisement in your feed. “Facebook was not originally created to be a company. It was built to accomplish a social mission – to make the world more open and connected” A statement made by Mark Zuckerberg. I am sure Zuckerberg intended that Mental health issues and our natural well-being would not have a negative association with his company. But, the reality is, social media is so new, so pervasive, that the effects of having easy connection to the world, can have a downside – defused in its ownership and responsibilities.

An Australian study on “Social Media and its Impact on Mental Health” has found, out of 1800 users of Social media such as; Instagram, Facebook and Twitter, surveyed 28% percent, reporting having “a negative experience such as bullying, unwanted contact and the posting of inappropriate or distressing information….” along with feelings of jealousy from comparing themselves to others. Virtues of insecurities are magnified through social media. Generally the whole pressing a like button is a positive thing – you’ve provided affirmation to someone else; theres a certain appreciation when it comes to likes. it’s as though your being socially accepted when you have reached a certain amount of likes. Some might say it’s an achievement. Despite the manipulation of those likes, if you’re hitting a like button you’re not hurting anybody.

Excessive use of social media is resulting in the underachievement’s of youth attending school, and cases of depression and anxiety along with their overall well-being; at a potentially high-risk. Facebook is a universal network that continues to reign with popularity in most countries of the world. In a Virtual world, parents need to educate their children about the dangers associated with social media. As a teenager who is a Facebook user, I have seen the transition amongst young adults into…. FOMO. It is damaging to our society, causing bitter envy and depression.

BrainyQuote. 2017. Facebook was not originally created to be a company. It was built to accomplish a social mission – to make the world more open and connected. – Mark Zuckerberg – BrainyQuote. [ONLINE] Available at: https://www.brainyquote.com/quotes/quotes/m/markzucker453428.html. [Accessed 13 November 2017].